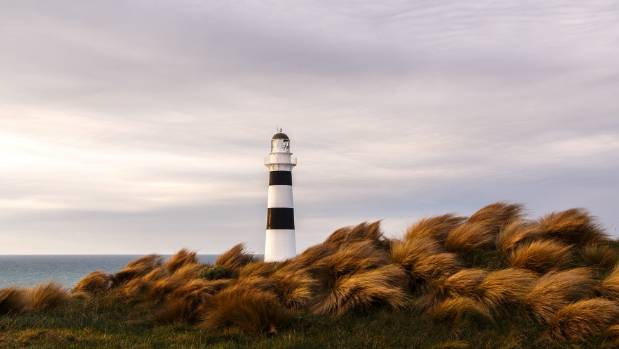 The Cape Campbell Lighthouse featured in the 2016 film The Light Between the Oceans starring Alicia Vikander and Michael Fassbender.

Marlborough has decided against establishing its own movie hub, opting instead to rely on Wellington to promote the region as a location for international and domestic filmmakers. At a full council meeting earlier this month, Councillors voted to fund Screen Wellington for three years and rejected a plan to create a “regional film office”. The idea of a movie hub first came to light after film group Top of the South Film Production proposed the idea in 2016 and 2017 as a way of bringing film crews to the region. The group’s president Aaron Falvey said he was unsure of how much Wellington could do to highlight Marlborough’s credentials, especially if it meant moving productions out of the capital.

“I still have concerns over what Wellington can bring to the table in terms of negotiating good deals for us, especially when a film office’s performance is measured on how much work they bring into their own region,” he said. The council shortlisted three options, one being maintain the “status quo” and have no film office. The second option was Falvey’s proposal to establish and fund a regional film office for three years, at a cost of $100,000 a year. The final option and the chosen one was to fund Screen Wellington at a cost of $40,000 for the first year and $15,000 for the remaining two years. The money would come from the council economic development budget and council reserves.

Falvey said he understood why the council went for a the more cost-effective way to promote the region for films. “They have gone for that option because it’s a cheaper option … testing the waters for the next three years to see how it goes and bring benefit to our region. “It kind of made sense in some ways but I can’t see us getting any of the benefits . My intentions were … to bring entire film productions here – not just bring location shoots,” he said. The council decision to fund Screen Wellington did not come without opposition from Councillors. Councillor Trevor Hook said he found it a bit “tricky” to divert money from the economic development fund. “That economic development budget is really hard-earned,” Hook said.

Councillor Jamie Arbuckle said he had always been “positive” about promoting the film industry in Marlborough. “It’s actually getting something set up so that in three years if we haven’t had as much success as we want with our Wellington partnership, we then have the opportunity to take a different method locally. “So I see this as a stepping stone and its work being done [to promote the region],” Arbuckle said. Falvey said location shoots were not as economically beneficial to the region due to the length of time the crews spent in the region. “Light Between Oceans came here four years ago and they did three weeks worth of location shooting. “Location shooting only holds so much economic benefit for the region as opposed to whole film productions here … you’re using more resources locally and you’re spending more money locally,” he said. The purpose of a film office was to create opportunities for Marlborough based filmmakers and attract visitors, Falvey said. “People have come to visit Marlborough just because of the [Cape Campbell] lighthouse so it can be a benefit tourism.”

The office would have employed a film officer, who would go to film events and conferences to promote the region by developing a show reel and a photo database to showcase the region, Falvey said. Falvey said he never intended to be the film officer. “I wanted the position to be created for the right person to promote our region and still feel that the best benefit for our region is having somebody here who knows about our region and is actually really willing to go into bat and bring stuff to our region.”